The story behind Hotel GSH

Calle and his Rose - The couple who created Bornholm Hotels
Carl Edvard Mogensen - colloquially called "Calle" - was born on Bornholm in 1936. He was trained as a manufactory trader in one of Rønne's leading stores. In the late 1950s, Calle opened his eyes to the fact that agriculture was facing extensive mechanization. Shortly after his apprenticeship, he therefore went to Zealand to sell milking machines. Calle was right and sales were going terrific. Partly because the market was growing, but also because Calle was a skilled, diligent and service-minded salesman. Bornholm and the manufacturing industry, however, pulled in Calle again, so he returned to Bornholm, where he met the rose of his life - literally - for Rosemarie Kofoed became his wife.

Hotel Ryttergården
Rose and Carl Edvard together established a manufacturing store in Rønne, which became Bornholm's leading store. But a new idea had begun to emerge for Carl Edvard and Rose: The business travelers who sold manufactories to the store complained that the hotels on Bornholm did not have their own shower and toilet in the rooms. The island's hotels at the time did not think there was a need for such "modern nonsense". Despite the main shake-up from competitors and banks, Rose and Calle bought a beautiful natural plot on Strandvejen in Rønne, where they opened Hotel Ryttergården in 1966.

The first building with 21 hotel rooms quickly became popular with both business travelers and holidaymakers going to Bornholm. Rose and Calle reinvested the profits, so that Hotel Ryttergården was expanded in 1969, 1970, 1973, 1986 and 1992.

Trotting horses
The name "Hotel Ryttergården" can be translated to “Hotel Horserider-house”, due to the fact that Calle and Rose were fond of horses. Calle thus helped to create the trotting track on Bornholm, where he was the most winning trotting driver and several times Bornholm champion. In the large fields around the first hotel buildings, the horses grazed, and many girls and boys from Rønne learned to ride the horses from the stables at Hotel Ryttergården. At Bornholms Trotting Track, the biggest race of the year is therefore named after Calle, as the race is called "Calles Cup".

The Carl Edvard Mogensens Fund
In 2013, Calle and Rose handed over their life's work, Hotel Ryttergården, to the "Carl Edvard Mogensen Foundation". The purpose of the foundation is to ensure the development on Bornholm by, among other things, transforming Hotel Ryttergården into a modern hotel and conference center. Together with director Trine Richter, Rose and Carl Edvard created "Green Solution House", which was such a groundbreaking new construction in the hotel and conference market in Europe that the Crown Prince of Denmark, Frederik came to Bornholm to inaugurate Green Solution House in 2015.

Green Solution House quickly became” Hotel GSH” among the local people of Bornholm. With the creation of Hotel GSH, Calle had fulfilled one of his dreams: To give Bornholm a modern conference center. Hotel GSH has won the EU's environmental award for its sustainable operation and construction, just as Hotel GSH has won the title of "Construction of the Year". In 2021, Hotel GSH was named one of Europe's 10 most sustainable hotels. Calle had once again looked right into the future: Sustainability was the key to the future.

Calles other big dream
Calle's other big dream was to bring together the two other large hotels in Rønne "Griffen Spahotel" and "Fredensborg Badehotel" in a joint company in order to optimize the hotels for the guests' needs:

* Green Solution House with a focus on conference and meeting guests.

* Griffen Spahotel as a nice wellness hotel beautifully located by the marina.

* Fredensborg Badehotel with a focus on modern beach hotel atmosphere with its unique sea view.

Carl Edvard Mogensen passed away in June 2019 at the age of 95. Carl Edvard was fresh as a horse to the last, and an active sparring partner for the day-to-day management of Bornholm Hotels.

All honour to his name.

Profits are reinvested
Rosemarie Kofoed is still part of the board of C.E. Mogensen's foundation and actively follows Calle's desire to constantly develop tourism on Bornholm. Most recently in 2022, when a room wing was built at the Hotel GSH. The room wing is again groundbreaking - for example with its choice of recycled wood as building material.

C.E. Mogensens Fonds aims to continue to develop Bornholm's tourism. All profits are thus reinvested in the three hotels, so that the hotels can continue to give guests the best possible restaurant, meeting and accommodation experiences on Bornholm.

Do you want to experience what Calle and Rose created? Then visit the three beautiful hotels. 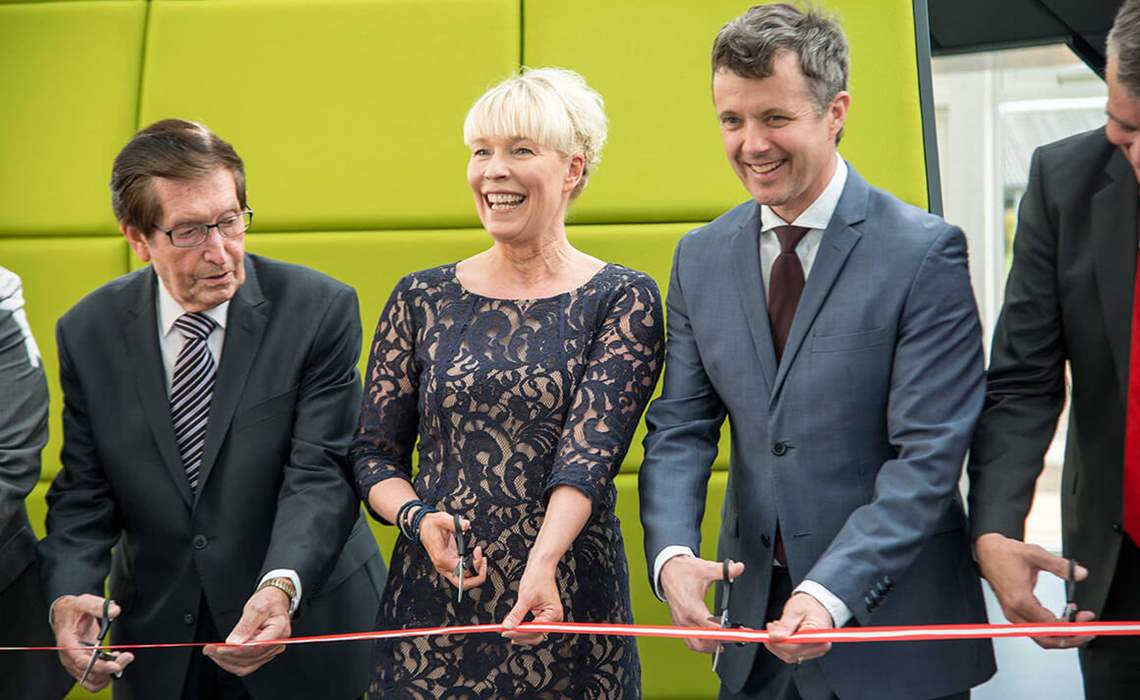 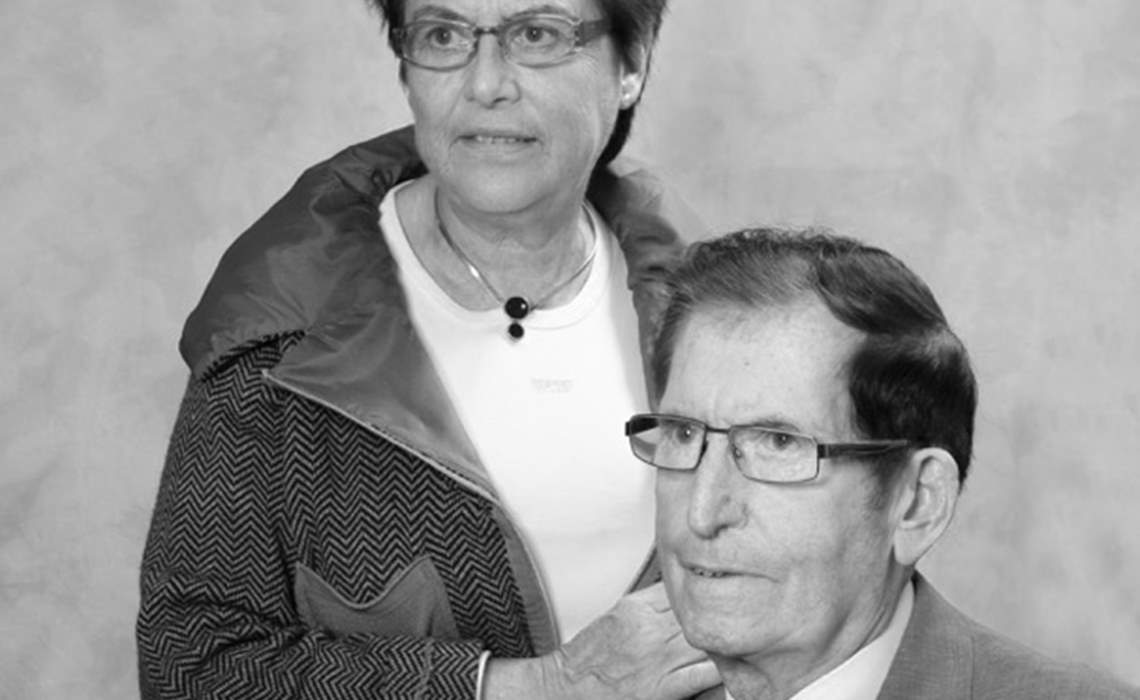 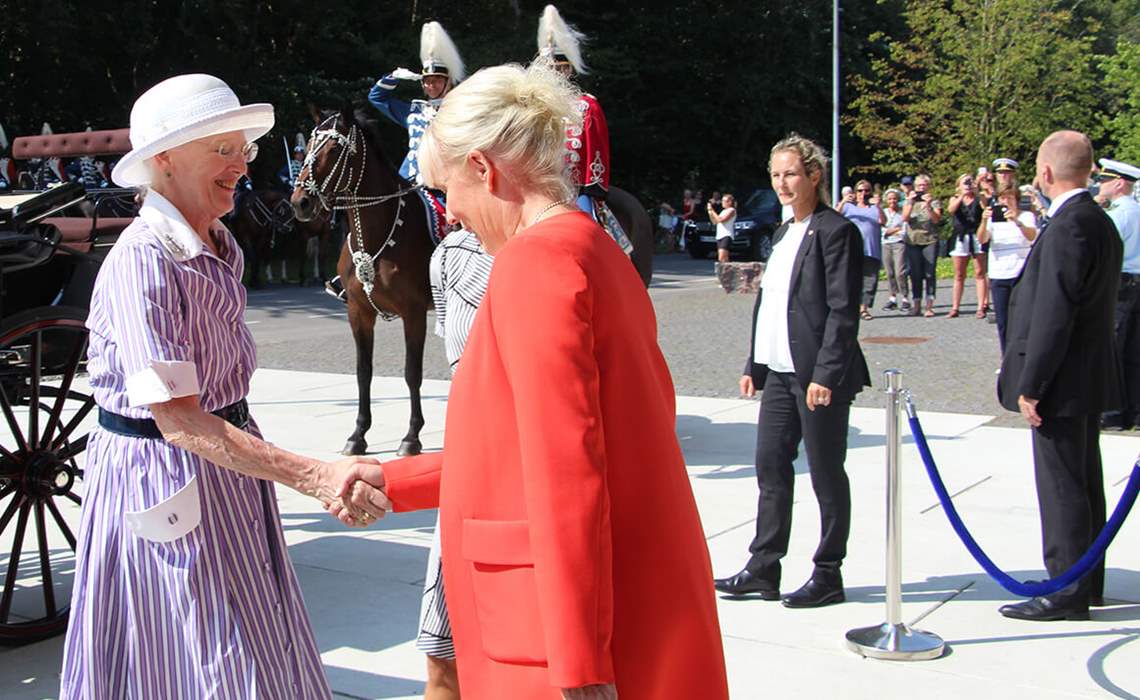